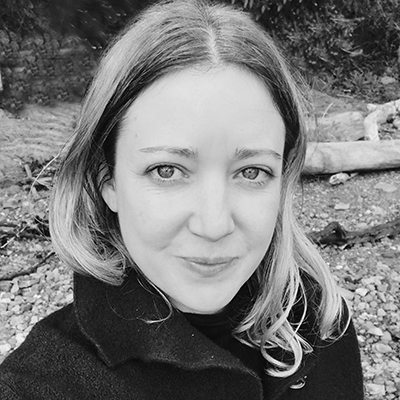 Angela Dione (she/her/they) is a mother, designer, maker and researcher situated on the unceded Coast Salish Territory of the Tsawwassen, W̱SÁNEĆ, the Stz’uminus Peoples and the Hul’qumi’num Treaty. Her creative practice has led her The School of Fine Woodworking (BC, Canada, 2014) and to co-founding the Market Collective as a creative movement designed to empower artists, designers and musicians through entrepreneurship and collaborative space. (Alberta, Canada 2008 – 2018)

In 2019, Angela moved with her family to Sweden, where she was completing her MFA in Design at the Högskolan för Design och Konsthantverk – The Academy of Design and Craft at the University of Gothenburg. Her specialization was Child Culture Design with a focus on designing for advocacy, connection and empowerment through maker-centered approaches.

Angela now lives on Salt Spring Island, British Columbia (Canada) where her research and practice continues to explore natural materiality in craft and design with an extended interest in place-based approach. With her background in woodworking, child culture design and creative entrepreneurship, Angela continues to investigate the act of making as a collaborative space for connection and co-design. Angela holds a Bachelor of Communication and Culture with minors in International Indigenous Studies and Psychology from the University of Calgary, Canada and is currently pursuing her Master of Design at Emily Carr University of Art and Design in Vancouver, Canada.