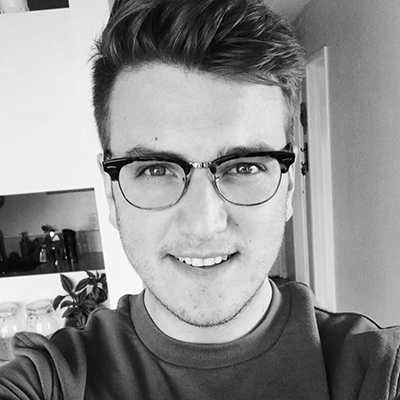 Josh Singler (BDes, MDes) considers his practice and philosophy as a queer designer and educator to be non-hierarchal, collaborative, messy, and it often invites inspiration from unexpecting places. Josh situates his practice somewhere in-between design activism and design for social innovation and emphasizes an examination of the role that one’s identity has in facilitating design possibilities outside of the straight white cis man’s design world. Through a reflexive design approach he aims to use his practice to challenge an industry that has long negated opportunities to examine the power of queer, feminist, and other marginalized voices.

Josh holds his Master’s in Design [MDes] from Emily Carr University of Art + Design and his BDes [Hons] from York University and Sheridan College’s YSDN Program. As a communication designer, Josh has focused his research and training in print media, book/publication, and typography. He is currently a designer at OUTtv Network, “the world’s first and Canada’s only television network focusing on programming of interest to the lesbian, gay, bisexual and transgender audience and its allies.”