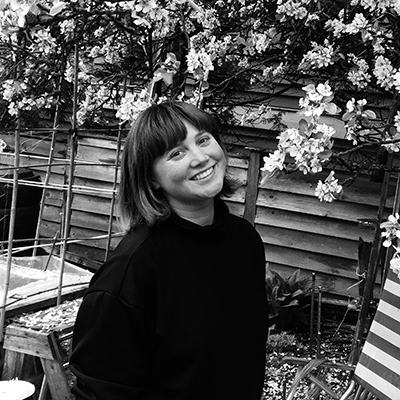 Melanie did her undergrad in Emily Carr’s Industrial Design program, going on to work professionally as a service designer and design researcher. She collaborated with social service providers such as Options, PosAbilities, and the Representative of Children and Youth, gaining experience working on interdisciplinary teams and addressing a wide range of social issues. These projects introduced Melanie to a wide range of people, but who were all experiencing barriers to well-being and marginalization. She met young people who had been detained under the mental health act, who felt unheard, and found it challenging to access the help and support they were asking for; adults with cognitive disabilities who already had limited opportunities to learn, grow and adapt, then had their highly structured routines disrupted by COVID-19; and families who as refugees and newcomers to Canada were navigating settlement services while experiencing trauma, loss of purpose, uncertainty, economic hardship, and disappointment. Spending time with people in their homes, in shelters, and out in the community made Melanie think differently about social services, human-centred design practices, and the role of designers in social change. In an effort to understand these experiences at a systemic level she began to explore the effects of capitalism and colonization in creating marginalized and disenfranchised groups of people. Melanie returned to Emily Carr as a mDes student in the hopes of reimaging her role as a designer, to understand and engage with the process of decolonization. She was drawn to Fibreshed Field School because it has a place-based approach connecting people to materials, place, economy and work. Part of her own work has been to explore her family’s role as settlers on this land through the production of flax to linen, and the process of weaving, sewing and knitting she has learned from the matriarchs in her family. She spends her time in the garden growing edible and medicinal plants, tending to the worms who turn food waste into soil, chasing low tide sandbar beaches, and encountering all kinds of precipitation while snowboarding the North shore mountains.