Sidney Gordon has held various roles while working as a film and artist assistant for Lindsay McIntyre; from animator to stop motion set dresser, from photographer to photo editor, fluctuating their responsibilities from project to project.  “I work with a variety of different materials [and] find excitement in concept driven independent projects,” Sidney explains. “That has become clear to me even more so as I have moved through different positions during my apprenticeship.”

The apprenticeship, which is part of the Shumka Centre’s Art Apprenticeship Network  program, paired the Emily Carr University student with artist and filmmaker Lindsay McIntyre to work on two projects: Ajjigiingiluktaaqugut (We Are All Different) at the Winnipeg Art Gallery’s Qaumajuq, and Lindsay McIntyre is Inviting You to a Scheduled Zoom Meeting at the Marion Scott Gallery.

Sidney puts emphasis on the importance of good communication throughout the entire process. The first project, Ajjigiingiluktaaqugut, was a reproduction of McIntyre’s late grandmother’s living room, paired with a 17 minute animated documentary playing on a vintage television set. The documentary, consisting of hand-scratched cell animation and stop motion graphics, was what Sidney recounts as a real test of patience. Having worked with direct animation before, Sidney was aware of the labour and tediousness involved in this method—it was working on someone else’s project in this area that brought a whole new challenge. “Something I found myself continuously returning to was trying to find a balance between efficiency and precision,” Sidney says. These attributes were also apparent in the collaborative aspect of the work, where various contributions were made to the project in unique forms and sizes. Seeing each frame come together piece by piece in the final film is a development Sidney depicts as “magical”. 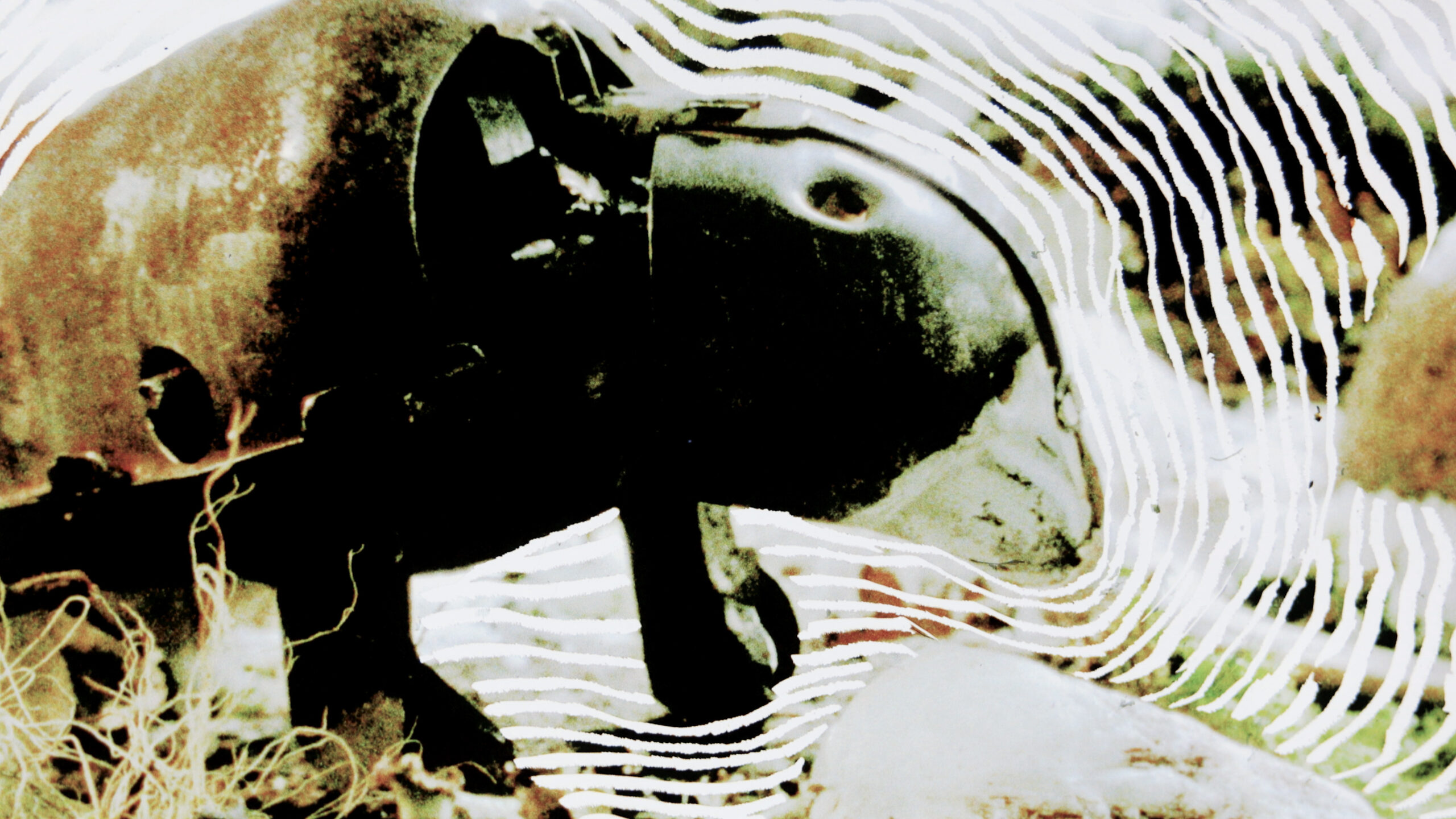 Working on Lindsay McIntyre is Inviting You to a Scheduled Zoom Meeting was a completely different experience for Sidney due to the flexibility and playfulness of the project. The exhibition pushed the conventional use of Zoom; a connective technology tool that is reshaping our daily lives, to depict desires, expose tensions, ask questions, and create new avenues of communication. Unlike Ajjigiingiluktaaqugut, Sidney had the opportunity to contribute to the work during the initial ideation stages, which provided room for input at later editing phases. “This was a very rewarding process to be a part of, working with someone who I have looked up to for a long time,” Sidney says. “But it also meant having to learn how someone works, how someone thinks, to truly understand their vision to provide successful contributions.” 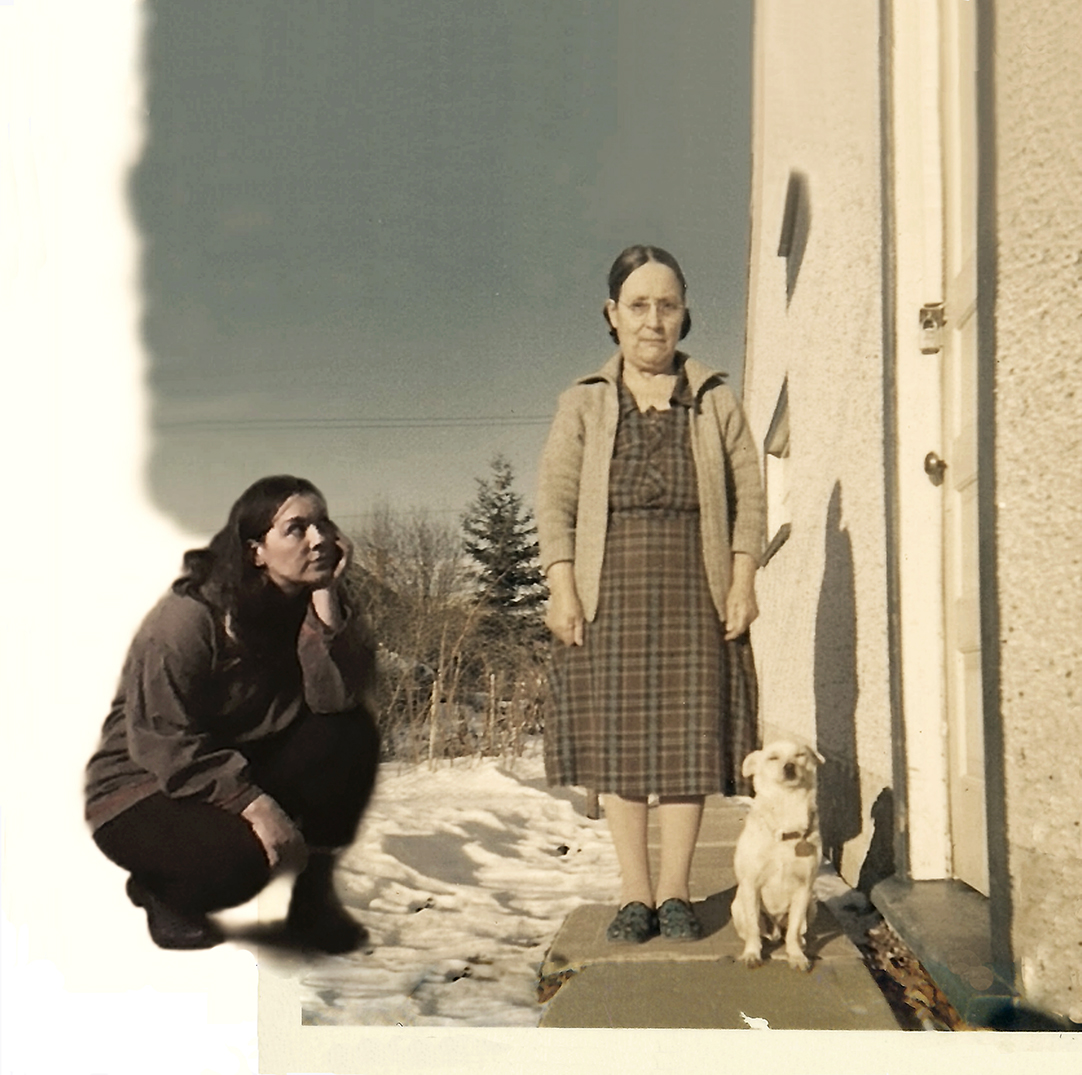 “Looking Up To You More” from Lindsay McIntyre is Inviting You to a Scheduled Zoom Meeting (2021).

Sidney says McIntyre was a great model and mentor, always willing to listen and answer any questions. The partnership has taught Sidney a lot of valuable tangible skills, as well as a stronger understanding of their own strengths and weaknesses as an artist and collaborator. Having mainly worked independently prior to this apprenticeship, learning to work directly alongside another artist was a steep learning curve. “Walking out of these projects I can not only say I know how to make compositing sets out of a trash can, t-shirt and a water bottle, but also many valuable [skills] about working with others that I will take with me for many years,” they add. Through open dialogue, Sidney and McIntyre were able to come together to create successful images, and had “some good laughs doing it.”

Sidney’s close time with McIntyre has solidified their vision of what they want for themselves in the future. “Something that has become clearer to me over my time with Lindsay is my interest in teaching,” Sidney explains. “This is something I want to actively work towards and include in my practice moving forward”.

Ajjigiingiluktaaqugut (We Are All Different) will be available for viewing until March 2022 at the Winnipeg Art Gallery. Shumka Centre’s Art Apprenticeship Network program is generously supported by RBC Emerging Artists Project. View Sidney’s work on Vimeo and Instagram.